Epic tried -- and failed -- to weaponize its user base against Apple 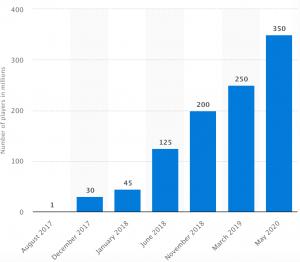 If Tim Sweeney thought 350 million Fortnite players could bend Apple—and U.S. antitrust laws—to his will, he was wrong.

A court order last week denied Epic’s motion to force Apple to reinstate Fortnite on the App Store. On Friday, Apple removed the rest of Epic's games, but did not—per the same court order—terminate the Epic account associated with its Unreal Engine.

We are disappointed that we have had to terminate the Epic Games account on the App Store. We have worked with the team at Epic Games for many years on their launches and releases. The court recommended that Epic comply with the App Store guidelines while their case moves forward, guidelines they’ve followed for the past decade until they created this situation. Epic has refused. Instead they repeatedly submit Fortnite updates designed to violate the guidelines of the App Store. This is not fair to all other developers on the App Store and is putting customers in the middle of their fight. We hope that we can work together again in the future, but unfortunately that is not possible today.

Apple is asking that Epic revert Fortnite to exclusively use Apple payments. Their proposal is an invitation for Epic to collude with Apple to maintain their monopoly over in-app payments on iOS, suppressing free market competition and inflating prices. As a matter of principle, we won’t participate in this scheme.

My take: Sweeney is living in la-la land. The judge didn't buy his theory of the case and neither will anyone in Congress—not even trustbusting David Cicilline.