Here are the top 30 Apple closing prices, plus a new look at who’s underwater now.

Dates in green indicate closing price was an all-time high at that time.

Thanks to AAPLInvestors‘ Terry Gregory, keeper of the stats.

Below: My full list of Apple price targets—now with gap between target and closing price—as accurate and up-to-date* as I can make it. Corrections appreciated. 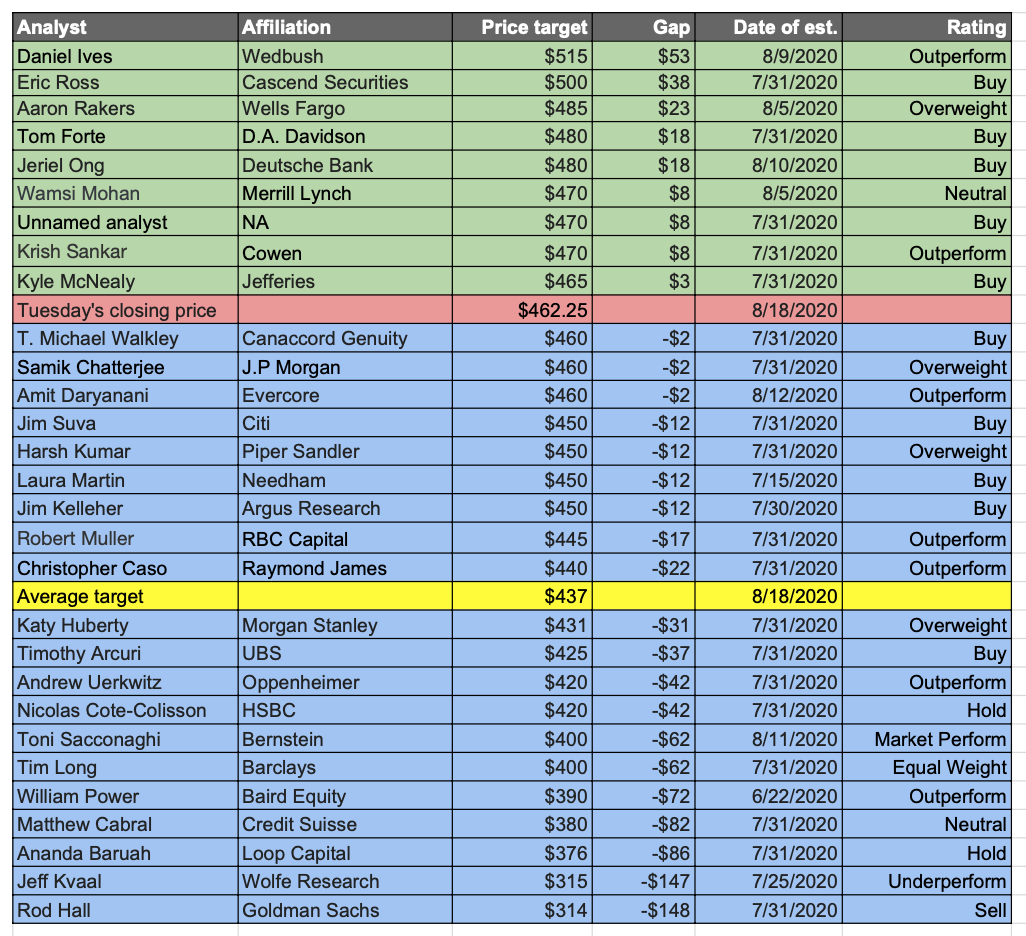 Click to enlarge. *I rely on TipRanks ($) for the estimates of an analyst who shall remain nameless (long story).

My take: Keeping my eye on Goldman Sachs.