Once again, it was an independent—not a Wall Street analyst—who turned in the most accurate estimates.

A tip of the hat to:

And a wag of the finger at: 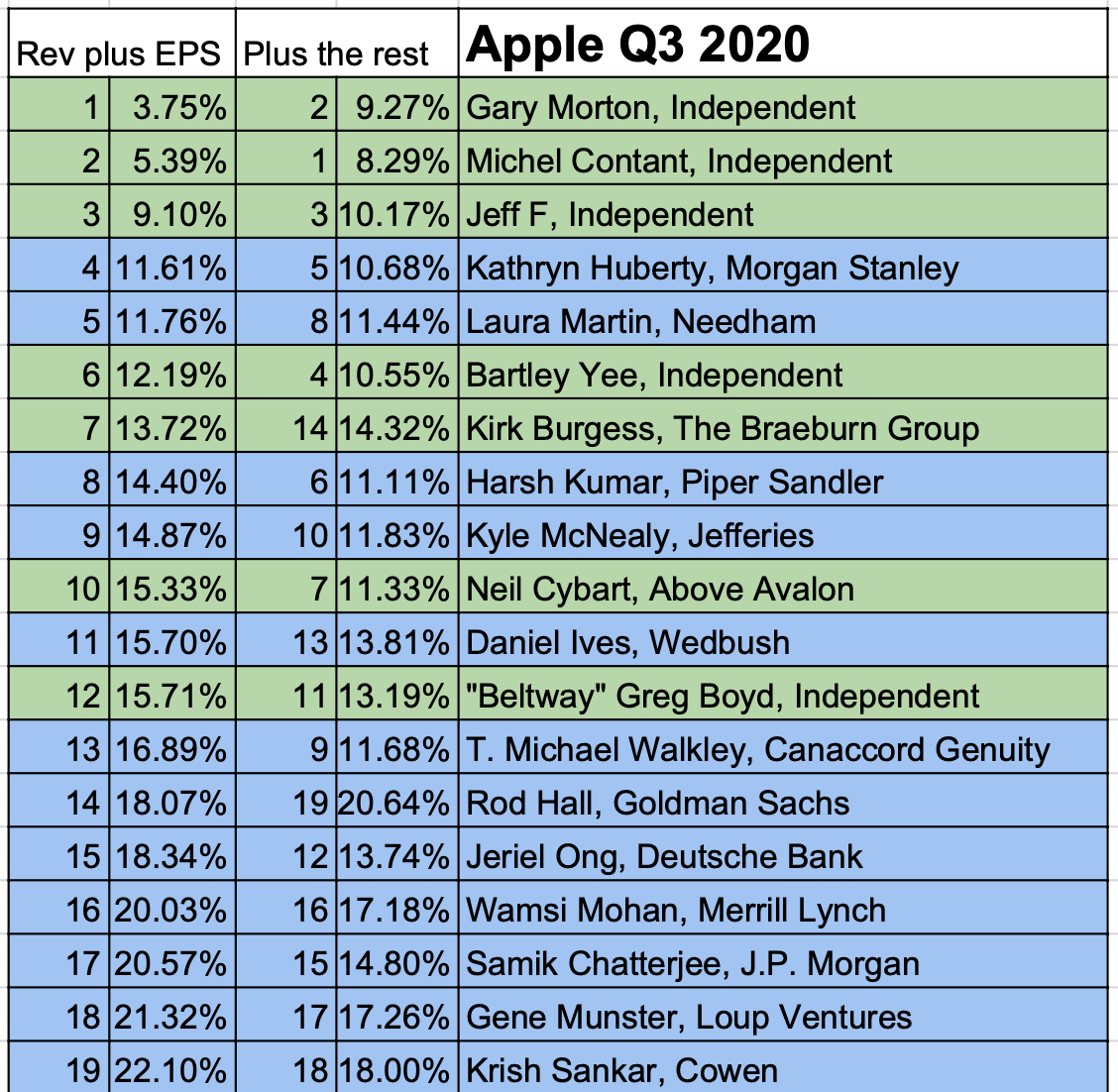 Finally, a color-coded spreadsheet that shows—in each category—best, second-best, and third-best estimates (in bright and dull green) and worst, second-worst and third-worst (in bright red and pink). Corrections appreciated. 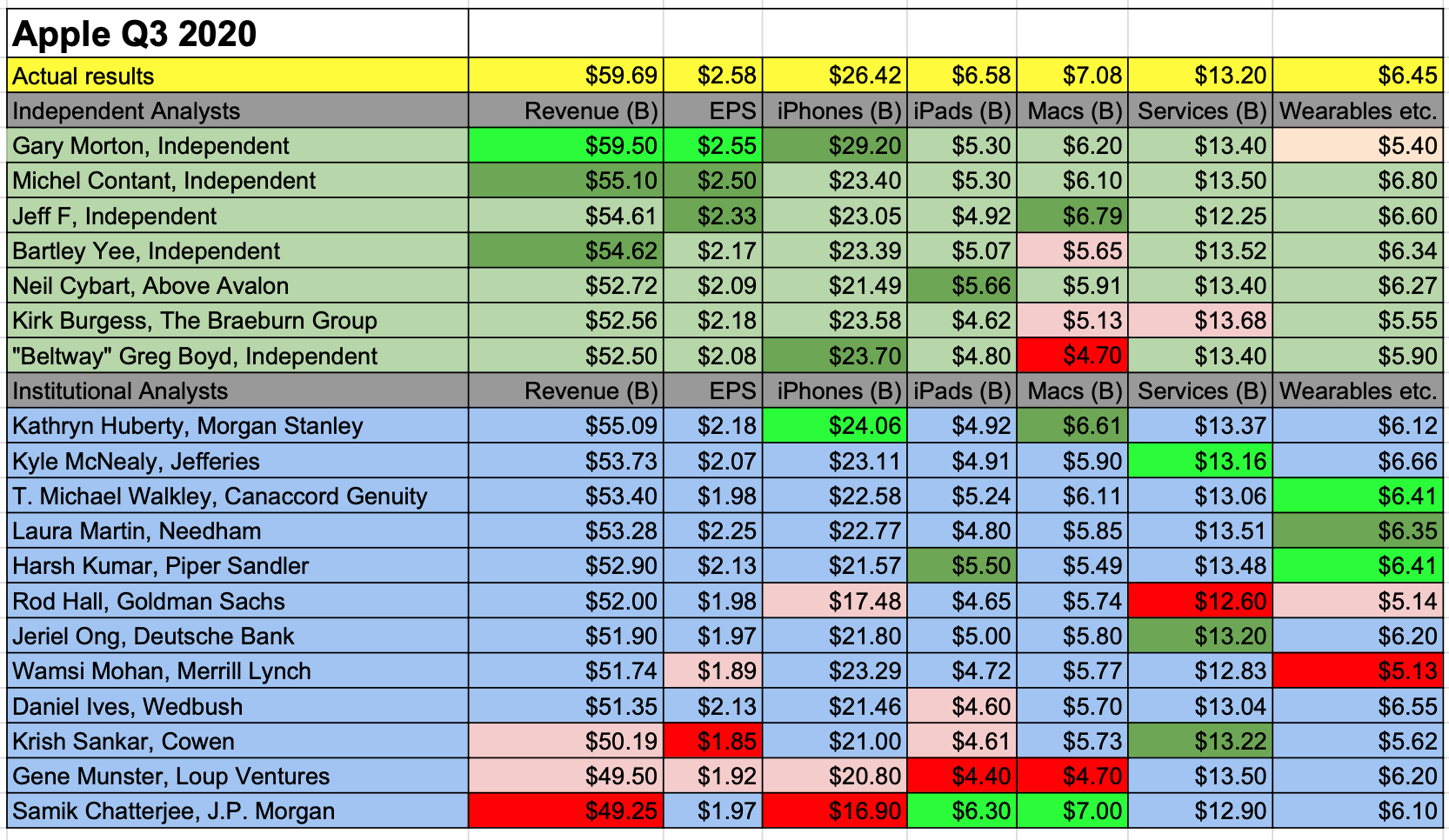 UPDATED to give Gary Morton his due.