The Street—and the Strip—are betting on the Donald

From Axios: “The money is on Trump” posted Monday morning…

The world’s most popular betting destinations show Trump as the clear favorite.

The expectation for Trump to triumph seems to largely reflect optimism about the economy once various state and local lockdown orders end, economists say.

The election is likely to be a referendum on how Trump handles the pandemic and whether his push to restart the economy got the U.S. back on track or drove a second wave of infections that did even more damage. 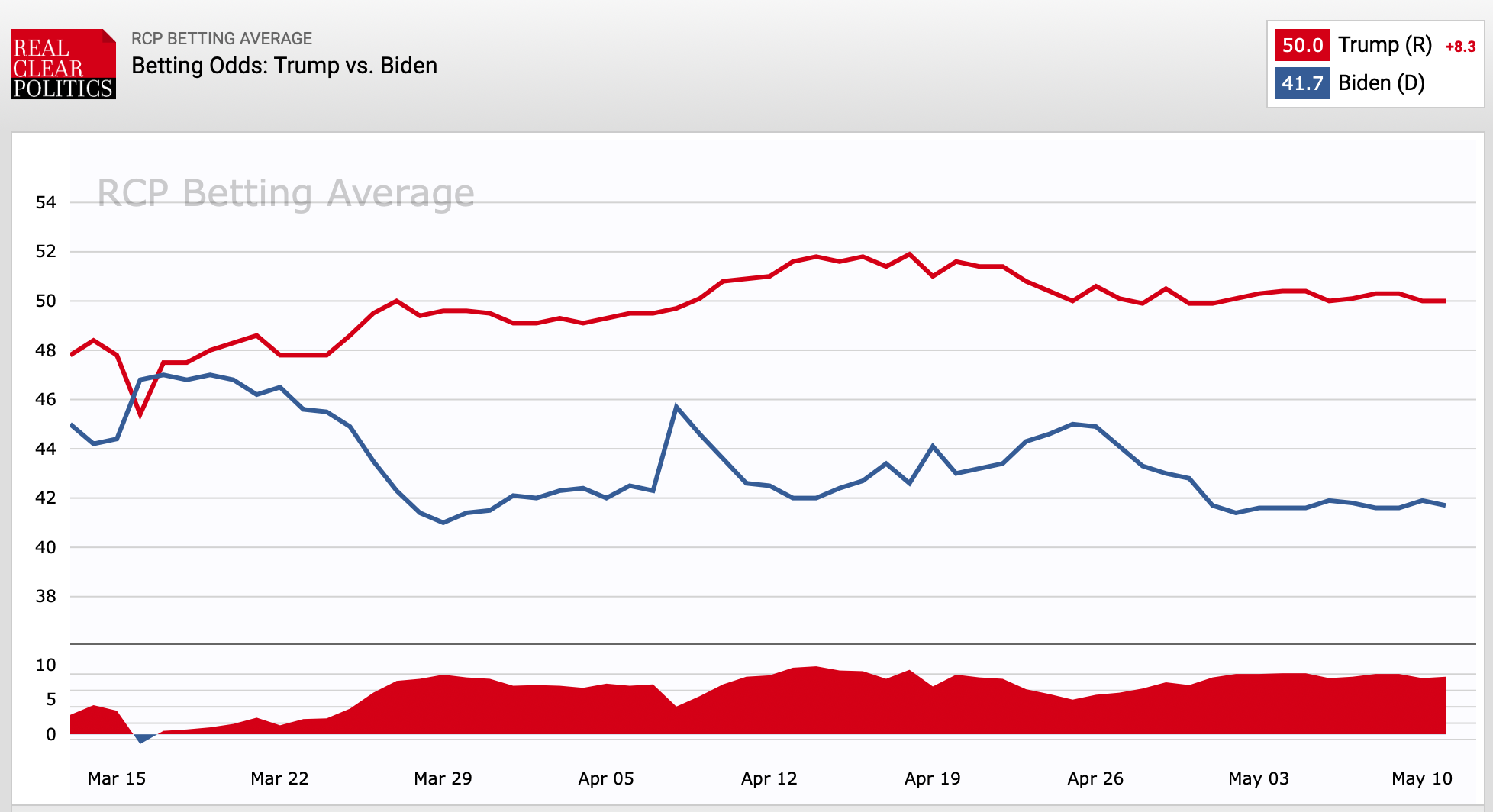 My take: Call me blind, call be biased, but as a former science editor, I have to bet on the virus. Until there is a vaccine, that is.