IDC: When it comes to wearables, Apple rules

“Apple led the market with 43.4 million units shipped in the fourth quarter of 2019” — IDC

The worldwide market for wearable devices grew 82.3% in the fourth quarter of 2019, reaching a new high of 118.9 million devices shipped, according to IDC.

The stunning growth was largely due to the proliferation of hearables, which captured 55.3% of the entire market. Other popular categories that also experienced growth during the quarter included smartwatches (15.3% on year) and wrist bands (17.7% on year)…

Apple led the market with 43.4 million units shipped in the fourth quarter of 2019 thanks to its refreshed AirPods, AirPods Pro, and Apple Watch as well as its Beats products spanning multiple price points. However, as the company’s products did well overall during the quarter, Apple Watch shipments declined 5.2% on year as the company experienced supply shortages. 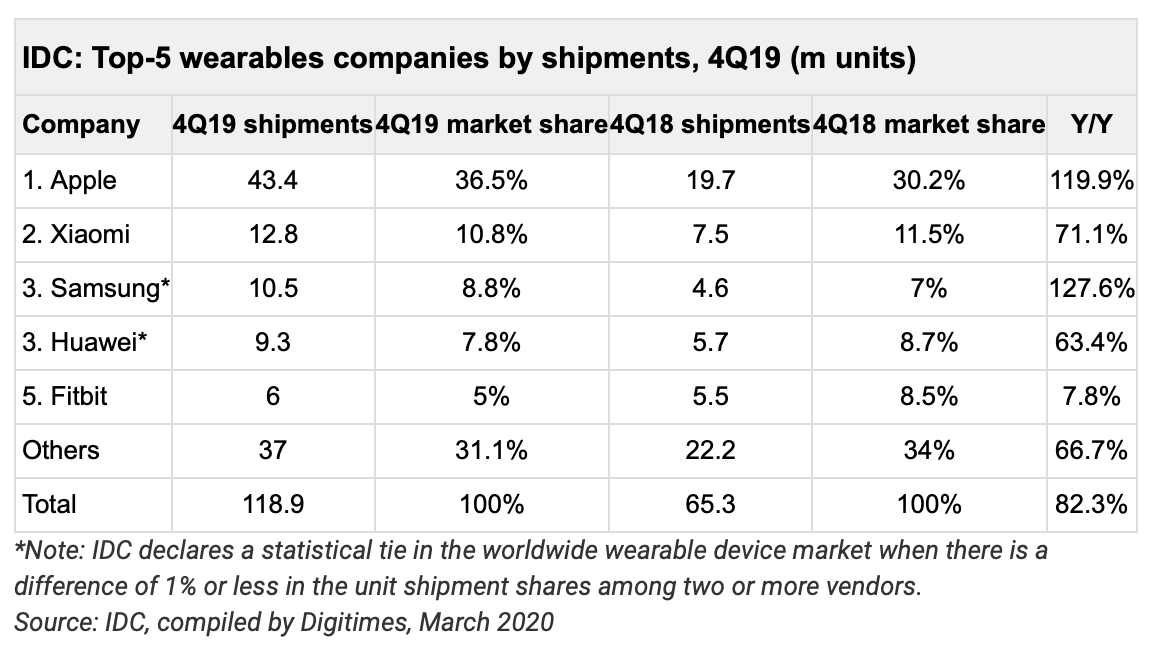 My take: Cue the video…