Apple’s iPhone sales continued to decline in the third quarter of 2019. Apple sold 40.8 million iPhones, a year-over-year decline of 10.7%. “Although Apple continued its sales promotions and discounts in various markets, this was not enough to s  timulate demand globally,” said Mr. Gupta. “In the Greater China market sales of iPhones continued to improve, however, it follows a double-digit decline recorded at the beginning of the year. The iPhone 11, 11 Pro and 11 Pro Max saw good initial adoption, which suggests that sales may be positive in the remaining quarter.” 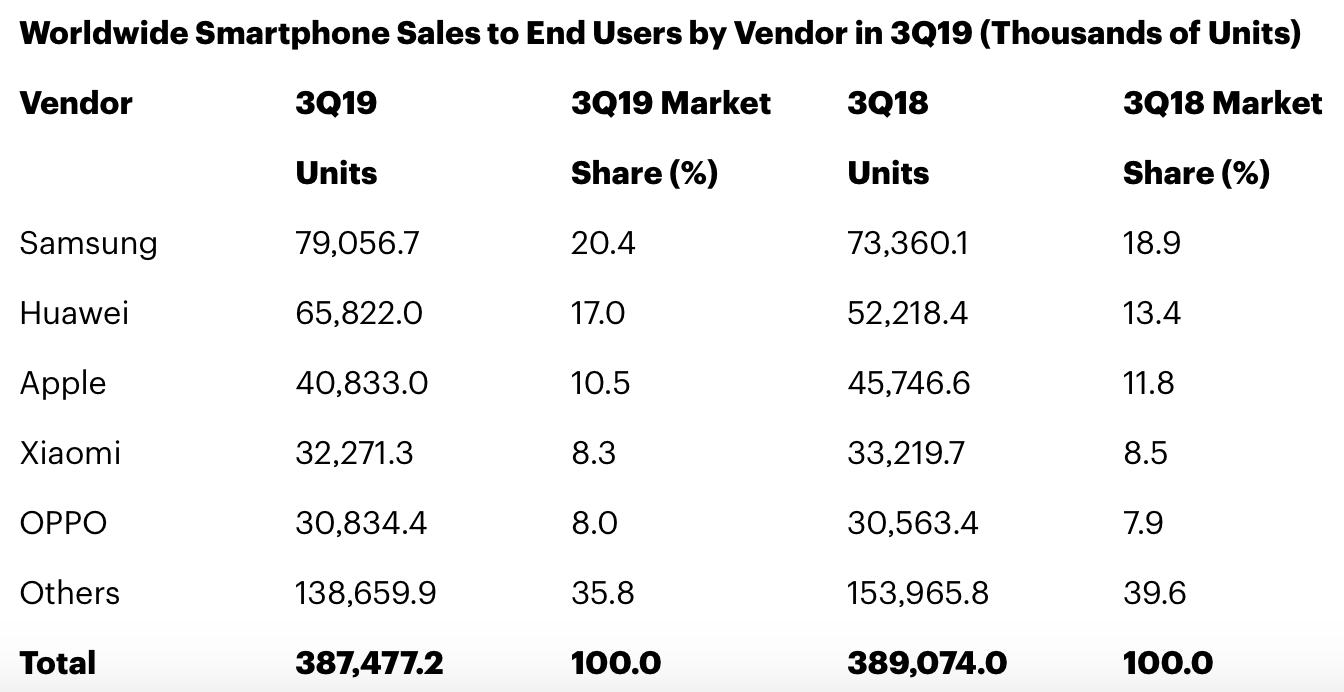 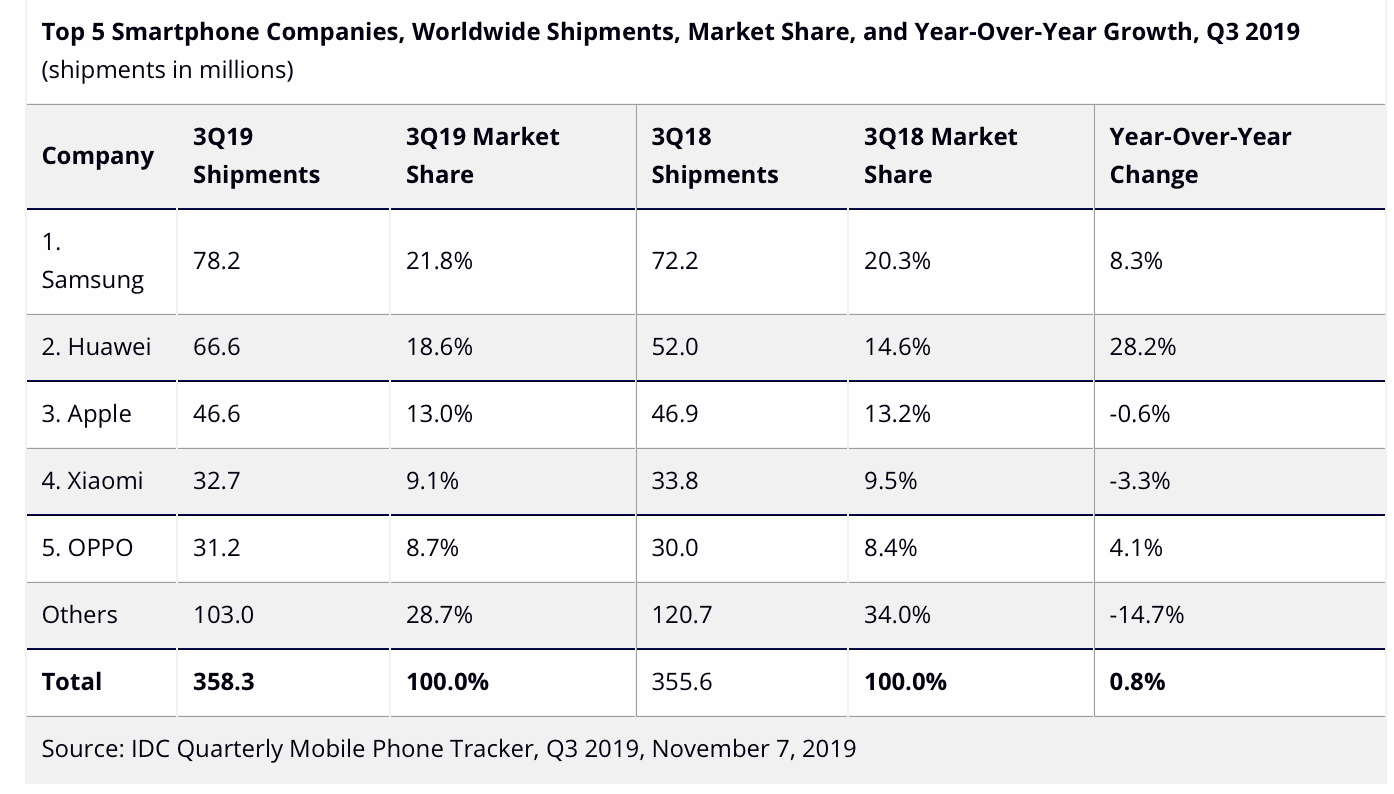