From The Guardian: Donald Trump gets name of tech giant's CEO wrong: 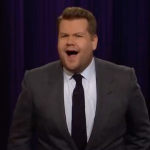 ‘We appreciate it very much, Tim Apple,’ the US president, Donald Trump, told the Apple chief executive, Tim Cook, during a meeting at the White House for the American Workforce Policy Advisory Board to discuss technology eduction and jobs. Trump then went on a bizarre rant about crime statistics, the border wall and human trafficking, which, he said, ‘has been going on for a million years’ but no one has done much about it until now.

My take: More fodder for late-night comedians. In the President's defense, he's been under a lot of pressure lately. Probably hasn't had time to read up on William Wilberforce.