Jim Cramer on trade truce: The hedge funds were leaning the wrong way

Mr. Mad Money was not the only one who thought a pause in the U.S.-China trade war was unlikely.

I predicted on Friday that a pause in the U.S.-Chinese trade war -- something that I thought was unlikely -- could give us about a 5% increase. Well, with that pause now in place, it looks from the futures as I write this that we're getting that.

What can I say? We finally had a situation where the hedge funds might have been really leaning the wrong way, although someone had a real good call to buy, as we saw in Friday's last hour of trading. Most of the executives I have been dealing with were hoping for the best (or were anticipating the worst) and had been frantically trying to adjust.

However, I don't think investors realize how difficult this whole process has been for Corporate America... We also have trains and trucks working around the clock to move goods that have come from China out of the West Coast ports. It's just a gigantic supply-chain mess, but everyone has now gotten a breather to give them more time to do something if talks break down...

Still, Apple is down so big already that analysts will have to respect the fact that Monday won't be the day to downgrade it further. Instead, I predict the stock will see an "up" opening that gets faded for the rest of the day. However, the long anti-Apple knives will then be sharpened for Tuesday.

My take: Screw the hedge funds. For an earful from that quarter, see here. 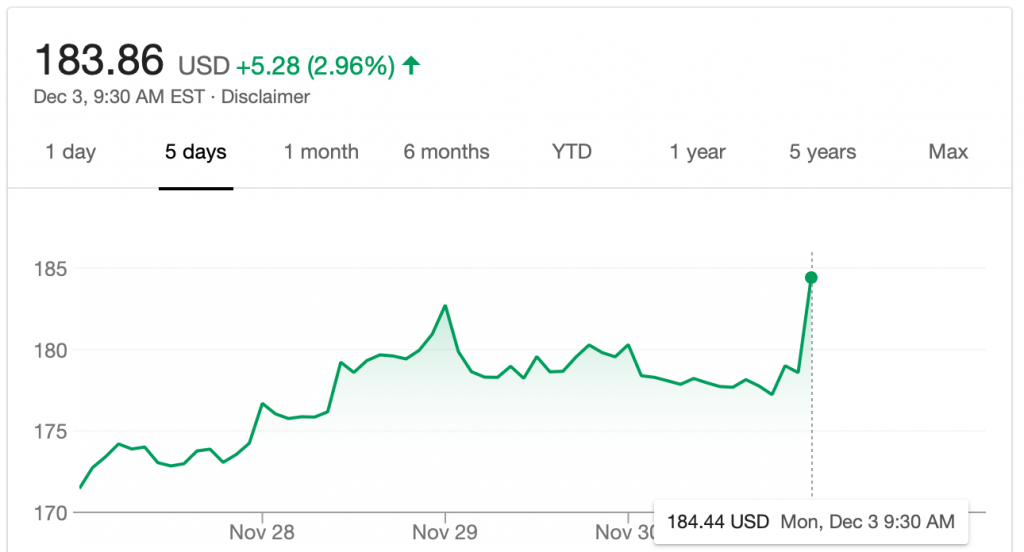