Apple may have stretched iPhone price elasticity about as far as it can go, says Bernstein’s Toni Sacconaghi.

The upshot is that the average iPhones now cost nearly 5x a non-Apple smartphone – an unprecedented premium even for Apple (Exhibit 5). At some point, we worry that demand elasticity will drive down demand or push out replacement cycles, and/or Apple will no longer be able to raise prices to offset flat or declining unit volumes. 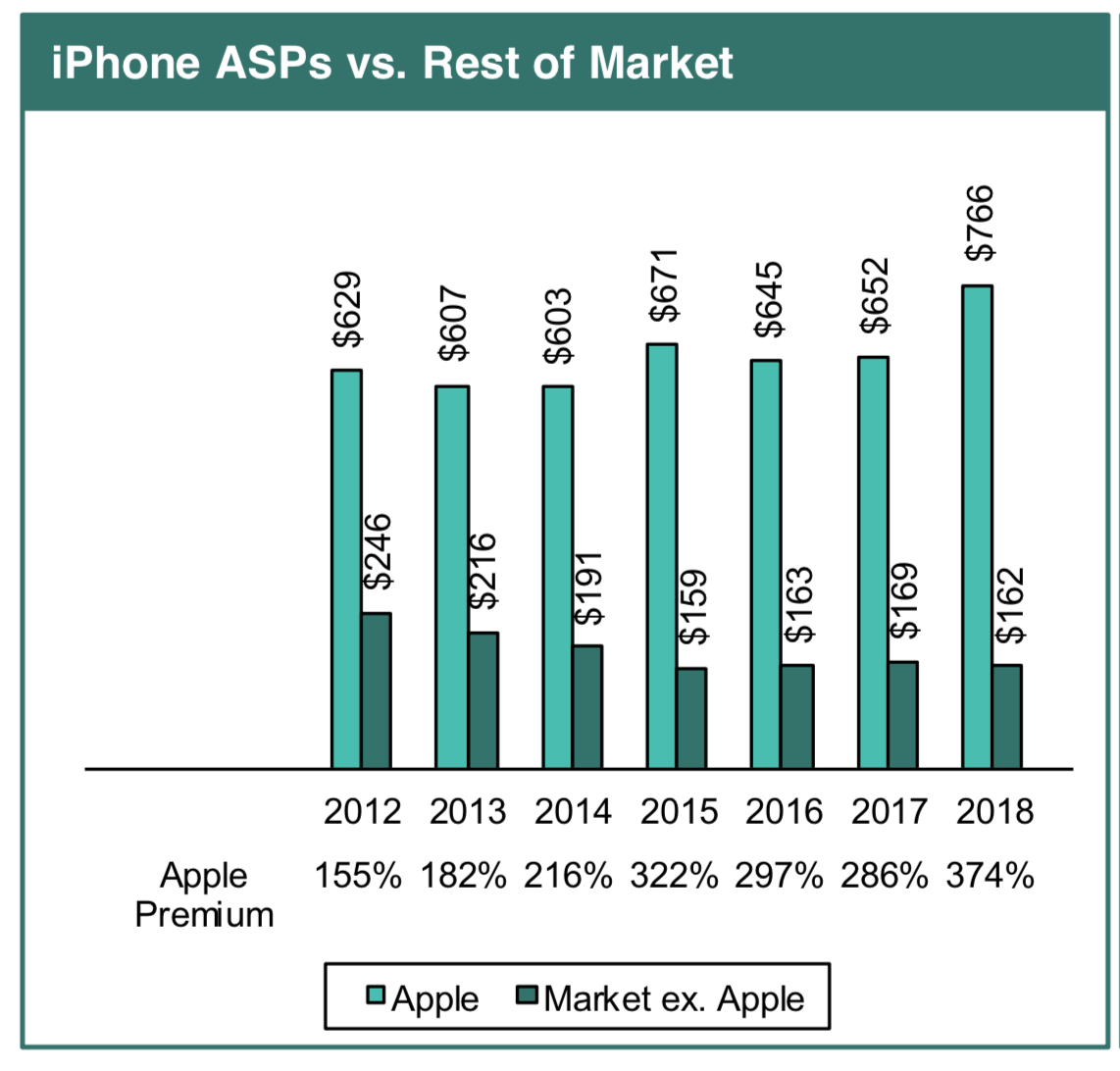 My take: Sacconaghi is a glass-half-empty kind of guy these days, This nugget comes from a longer note in which he worries about several aspects of Apple business, including the risks of making phones that last too long. Paging Horace Dediu.