Cowan: iPhone XR should garner half of iPhone sales

From a note to clients by supply chain analysts Karl Ackerman and Matthew Ramsey that landed on my desktop Monday:

2018 iPhone Update: We believe the following 6 points to be true and largely unchanged from our last update.

Below: Expected iPhone supply by model for the December quarter, as seen by Cowan. 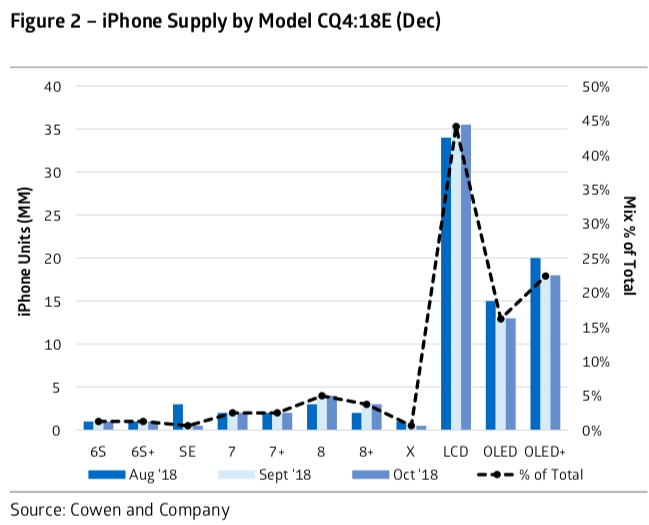 My take: Timothy Arcuri, who used to cover Apple for Cowan, has moved to UBS, where he gives the stock a Buy rating and a $250 price target.