Apple is back above $225: Look who's underwater now

The first time Apple broke $225, on August 30, all but eight of these analysts were in negative territory.

Between the stock's rebound and a flood of post-Labor Day upgrades, the balance of bulls and bears has reverted to something closer to the norm. 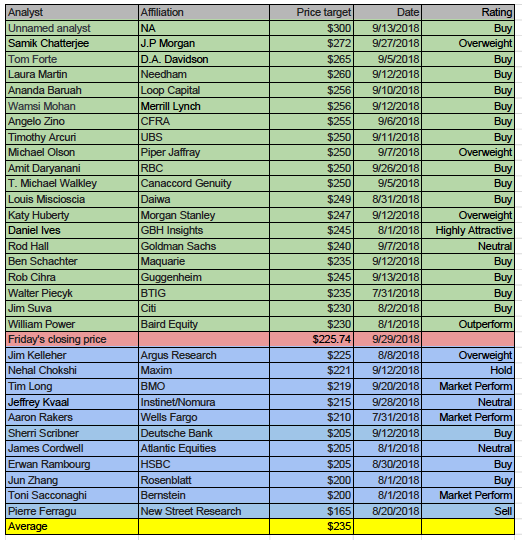 *TipRanks ($) reports that an analyst who shall remain nameless (long story) has moved to a new a Street-high price target of $300.