And then there were eight. All the rest were underwater.

Below: My Apple price-target spreadsheet—as accurate and up-to-date as I can make it.* Corrections appreciated. 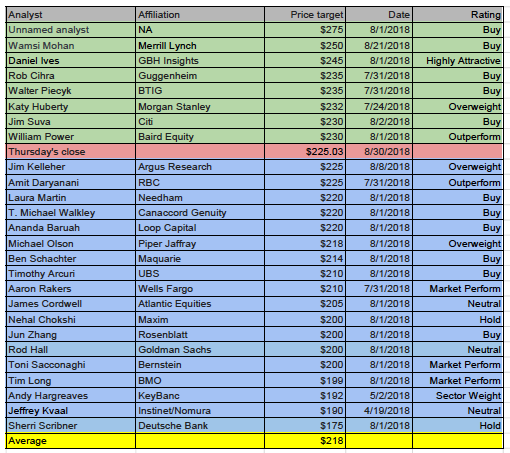 My take: If all these analysts come back from the Hamptons, dust off their Apple models, and raise their price targets, won't that push the stock still higher?