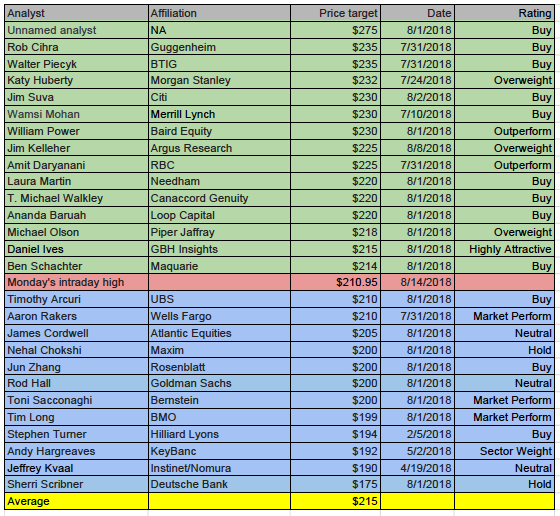 My take: If Apple can hang on at $1 trillion plus, expect a flurry of revisions from the blue group before the end of September (and Apple's fiscal 2018).

*TipRanks ($) reports that an analyst who shall remain unnamed (long story) is sticking with a Street-high price target of $275.