Poll: Is Facebook or Apple doing more harm than good?

Three months before the Facebook/Cambridge Analytica revelations, 59% of respondents saw the writing on the wall.

Drawn from the responses of 4,217 U.S. adults to a poll conducted by CB Insights in December 2017: 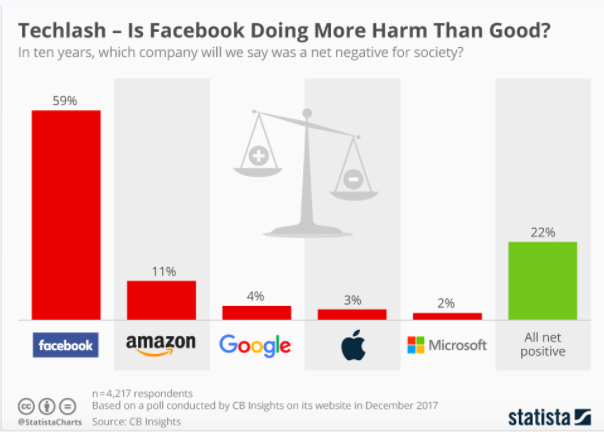 My take: Apple ducked this bullet. But so did Google.