Why did Apple's reputation quotient fall from grace?

I have a theory. What's good for Apple investors...

IPhone maker Apple dropped to 29th from its previous position of No. 5, and Google dropped from 8th to No. 28. Apple had ranked No. 2 as recently as 2016, according to the annual Harris Poll Reputation Quotient poll released on Tuesday.

“Google and Apple, at this moment, are sort of in valleys,” John Gerzema, CEO of the Harris Poll, told Reuters. “We’re not quite to self-driving cars yet. We’re not yet seeing all the things in artificial intelligence they’re going to do.”

My take: I disagree. The survey period—Dec. 11 to Jan. 12—was hardly a valley for Apple news. The problem, I think, was the news itself:

If I didn't know better, I'd think that Apple came across to the 25,800 U.S. adults Harris surveyed as too rich and too greedy. 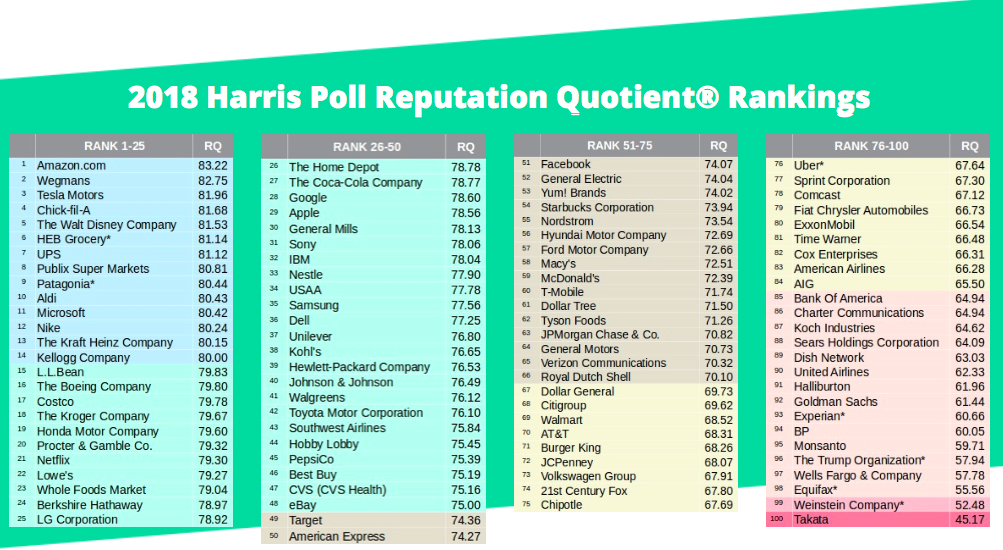