From a note to clients by Wells Fargo's Aaron Rakers that landed in my inbox Friday: 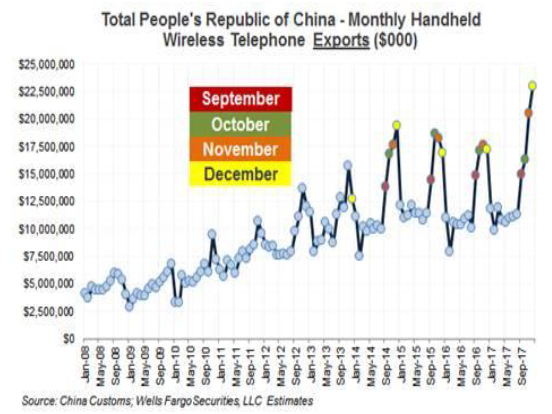 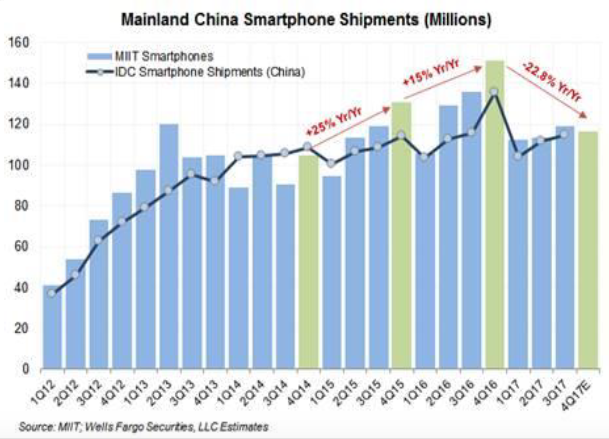 My take: Rakers muddies the waters waters by offering only half of a two-part iPhone estimate. He gives us a range for shipments leaving China (high 60 millions to low 70 millions), but no estimate for shipments within China.