The chart below comes from TipRanks ($), which divides trades by Apple insiders into two categories:

According to SEC filings, informative trades were made over the past three months by these Apple insiders: 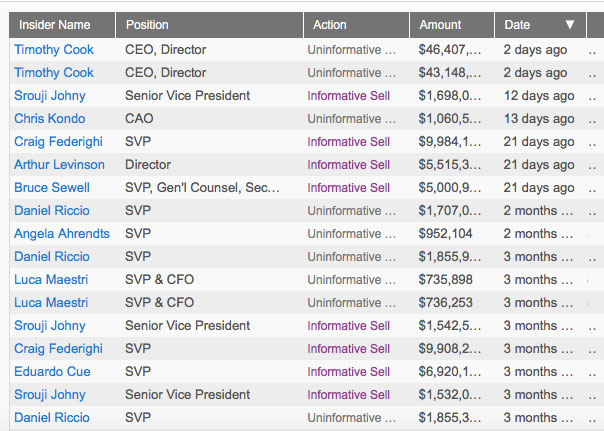 My take: Ignore the headlines about Tim Cook's windfall. Keep your eye on Sruiji Johny.