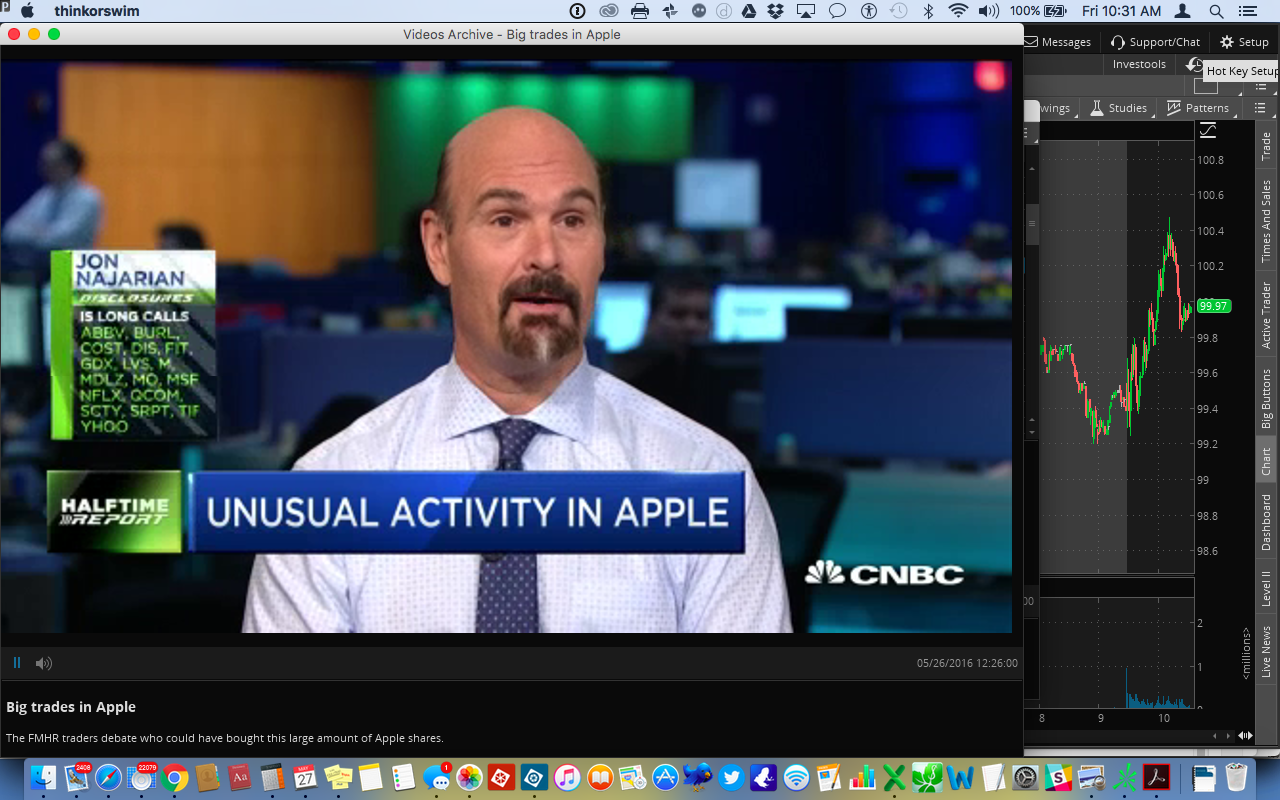 Najarin on CNBC.
6 years ago
Published May 27, 2016 by Philip Elmer-DeWitt

Suddenly there's a lot of money being poured into Apple

Someone is gobbling up the shares. It's about time.

The simplest explanation for why Apple's share price is up 9% in the past two weeks is that more money being poured into the stock than is being taken out.

Where's that money coming from? We can make some educated guesses.

According to every sell-side analyst with a published price target, Apple is still deeply undervalued—that 9% bump notwithstanding. As Marc Andreessen put it in January, the last time the stock closed above $1o0 a share: "Apple trades like a steel mill on its way out of business."