Exclusive: The analysts (pros and indies) have placed their bets in advance of today’s March quarter results. The fun starts at 4:30 p.m. Eastern.

Below: The individual analysts’ estimates—as complete, accurate and up-to-date as I can make them — Wall Street professionals in blue, independents in green. Corrections (and filled-in blanks) appreciated, but the window closes at 12 p.m. Eastern. 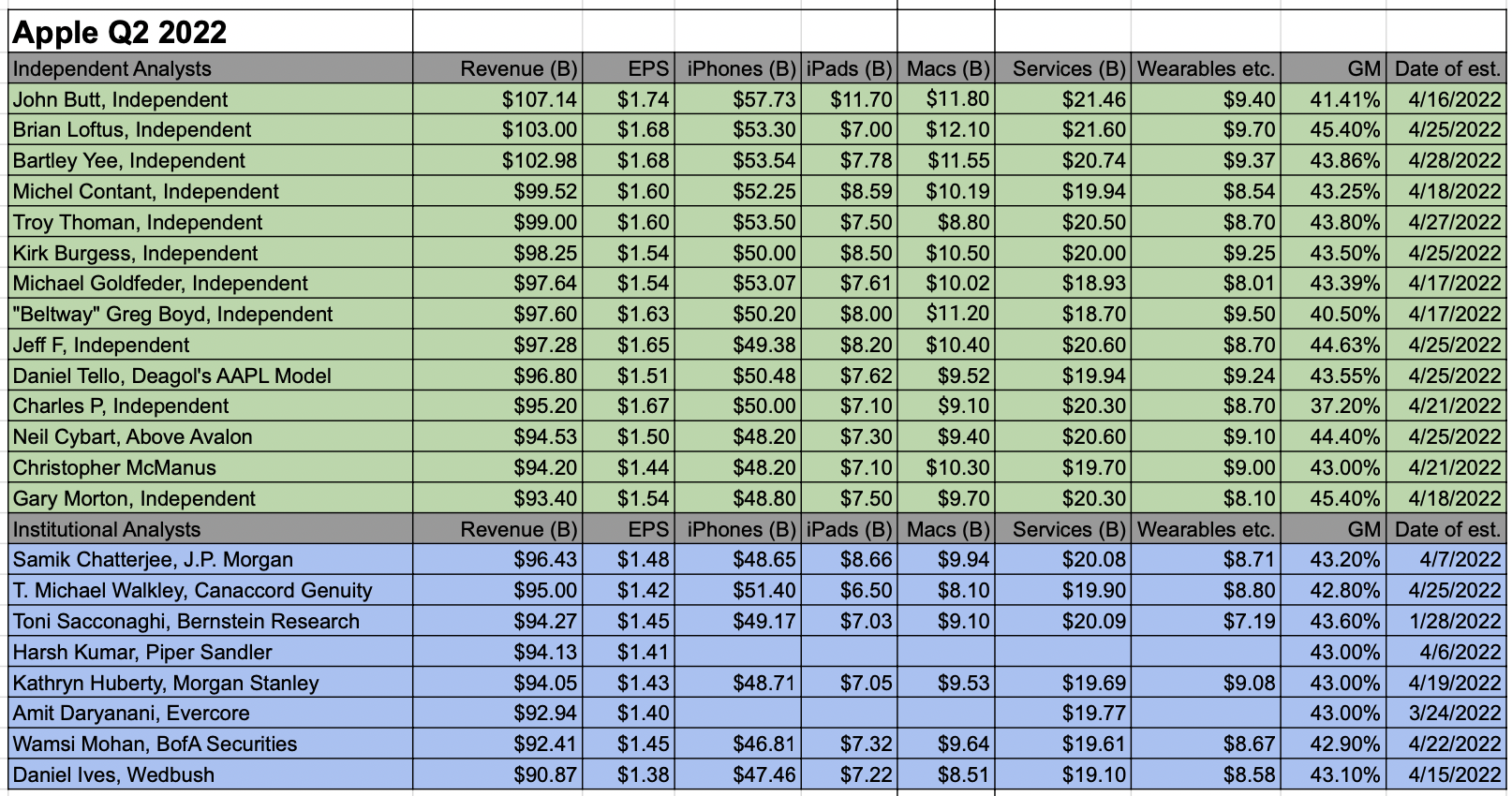 Tune in after the markets close today for Apple’s official results. I’ll be auditing the 5 p.m. Eastern call, and you can too. Here’s the webcast link. Subscribers are welcome to comment on the action in the Apple 3.0 Slack. (Don’t know about the Apple 3.0 Slack? E-mail ped@ped30.com with Slack in the subject line. Subscribers only, please.)

Come back Friday morning for my regular post-earnings analysis: Five Easy Charts, Best and Worst Apple Analysts and What the Analysts Are Saying.