Apple vs. Spotify: Apple brings a gun to a knife fight (u)

Daniel Ek’s complaint to the European Commission must have cut pretty deep.

After using the App Store for years to dramatically grow their business, Spotify seeks to keep all the benefits of the App Store ecosystem — including the substantial revenue that they draw from the App Store’s customers — without making any contributions to that marketplace. At the same time, they distribute the music you love while making ever-smaller contributions to the artists, musicians and songwriters who create it — even going so far as to take these creators to court.

Spotify has every right to determine their own business model, but we feel an obligation to respond when Spotify wraps its financial motivations in misleading rhetoric about who we are, what we’ve built and what we do to support independent developers, musicians, songwriters and creators of all stripes…

So we want to address a few key points:

My take: If it’s Apple vs. Spotify in a battle of spin, I wouldn’t bet on Ek. He made a rookie mistake leaving Apple this easy opening:

As Spotify points out, that revenue share is 30 percent for the first year of an annual subscription — but they left out that it drops to 15 percent in the years after. That’s not the only information Spotify left out about how their business works…

It would have done neither side any good to mention the situation on the ground. 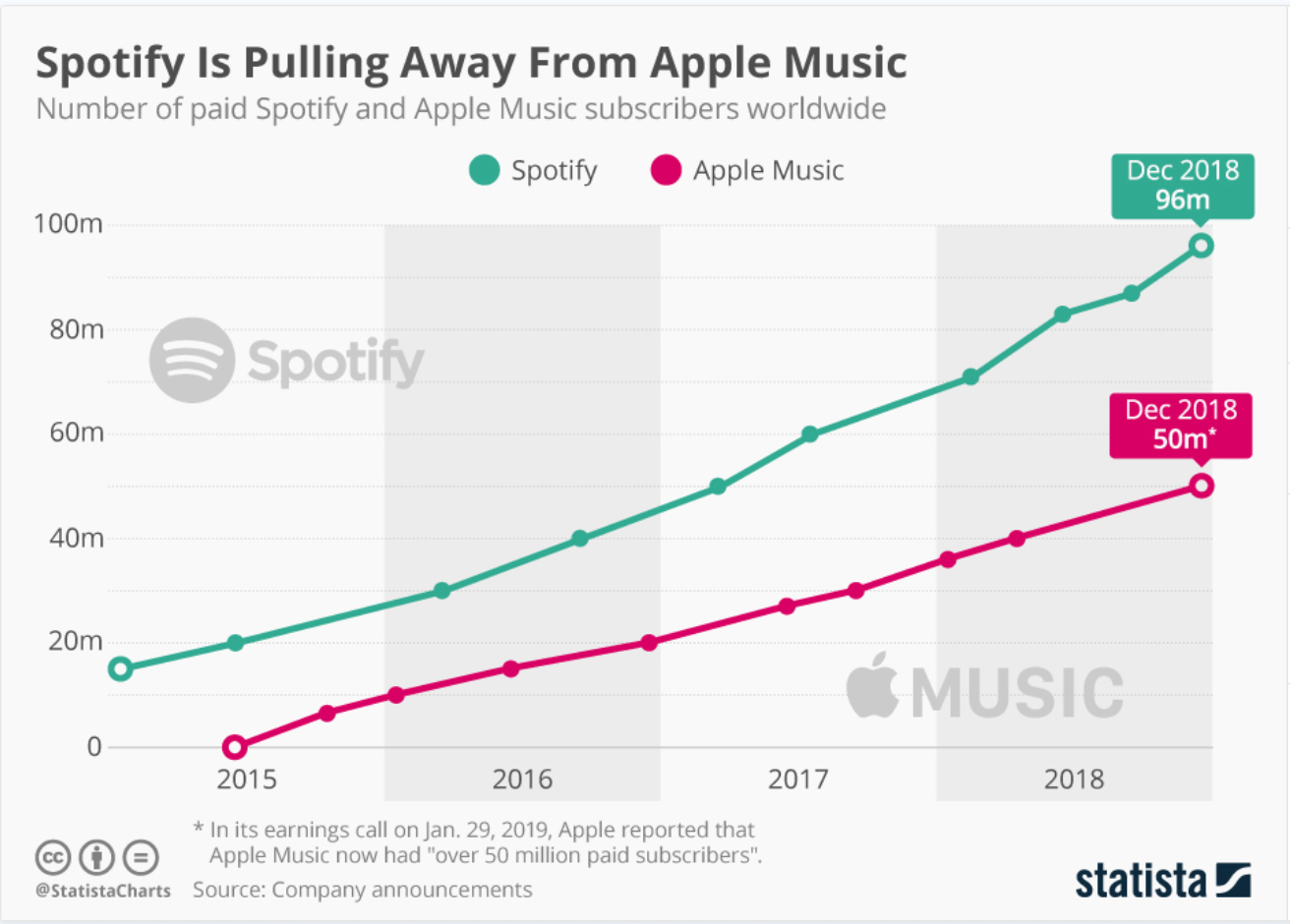 UPDATE: Maybe I’m a just sucker for rhetoric, because mine is not the prevailing take. See, for example: